The Emerging Artists will be guitarist Harry Gold and drummer Michael Wang.

Says Tana, “The music from the films of James Bond are a perfect vehicle for jazz interpretation. The tunes are globally recognized and are very accessible to listeners not familiar with the jazz idiom.”

Tana traces the origins of the Bond project back more than two decades to when he was in Japan recording the album Secret Agent Men, featuring Hammond B-3 legend Dr. Lonnie Smith (just named a 2017 NEA Jazz Master). Interpreting TV and film themes such as “Mission: Impossible,” “In The Heat of the Night” and “Charade” as soul jazz, the project whetted Tana’s appetite for other overlooked material in the same vein.

[Later he] plunged into the world of Bond songs with his 2011 album Kiss Kiss Bang Bang (Sons of Sound) — which features lush arrangements by Larry Dunlap that reimagine “Nobody Does It Better,” “Live and Let Die” and “Goldfinger” with Brazilian and Afro-Caribbean grooves. For a couple of years after its release, Tana performed with a seven-piece version of the Secret Agent Band. But when the time felt right to revisit the material, he created a sleek, soulful new version of the group with a smaller, more flexible lineup.

“What strikes me about this music is that it’s timeless,” Tana says. “The band is smaller now. Without the bass and percussion, it makes us more of a straight-ahead jazz organ quintet, as opposed to the more elaborate production of the album. I love Larry’s arrangements, but with less orchestrating, the whole band feels looser to me.”

Annie Sellick, who grew up in Nashville, became a singer almost by accident. Cajoled into sitting in with a band at college, she sang the only jazz song she knew at the time, Peggy Lee’s “Fever”. As she recalls, “I just got up there and gave it all I had. To my surprise, the crowd went bezerk and the band hired me on the spot.” While performing gigs at night, she studied her craft at the Nashville Jazz Workshop and was offered their first work/study opportunity. Today, she is a mainstay at the major jazz venues in Nashville and performs nationally and around the world. Sellick runs her own label, Chalice Music, and has recorded five CDs of her music, one featuring Joey DeFrancesco on the Hammond B-3.

Born and raised in Japan, Midori Ono started playing various keyboards at a very young age. She progressed to the Hammond organ when just eleven years old. Six years later, she won first prize in the Japan Hammond Organ Competition, Senior Division. As part of her prize, she went to Los Angeles for the first time and listened to performances by local organ players. She was so amazed and moved that she then wanted to become a jazz organ player. After graduating from Doshisha University, she started performing on the organ in Japan and played with Dr. Lonnie Smith, Jack McDuff, and others when they came to town. Making a name for herself, Ono began performing in the US at the jazz festivals in San Francisco, San Jose, and Stanford among other. She released her first album Green’s Blues in 1999, and in 2014, released In My Own Way with Akira Tana. Ono currently lives in Nara prefecture, Japan, and performs in Jazz Organ Live concerts for children all over Japan.

Saxophonist James Mahone is an active performer and instructor. He began his musical journey almost thirty years ago in Monterey, California, soaking in the influence of its rich music scene. He went on to California State University Northridge to study classical and jazz saxophone under Bill Caulkins and participated in the university’s award-winning wind ensembles and jazz big bands under Ladd Macintosh, Joel Leach, and Gary Pratt. After graduating, Mahone became a fixture on the Los Angeles music scene. He was a founding member of the acclaimed jazz quintet Black Note and spent several years touring with the them nationally and internationally. He later spent time in New York at The New School studying saxophone and composition under Garry Dial, Billy Harper, Benny Powell and Charles Tolliver.

Jeff Massanari was born in the small town of Goshen, Indiana, but moved to Washington DC at age nine. Exposed to the vibrant music scene there, he sought out the guitar and began playing rock and blues as a young teen. But after a friend brought over a recording of John McLaughlin’s Inner Mounting Flame, he was hooked on jazz from the very first note. He went on to study at Boston’s Berklee School of Music and later moved to the San Francisco Bay Area, where he quickly became one of the most in-demand guitarists. Massanari wears many stylistic hats including straight-ahead jazz, fusion, blues, rock and even has some serious country chops. He is at home playing complex jazz solo guitar arrangements as well as tearing up a plate full of blues on his Strat! In addition to his busy performance schedule, Jeff has a waiting list for private instruction through UC Berkeley, the California Jazz Conservatory, and private referrals.

A self-taught drummer/percussionist, Akira Tana started playing semi-professionally while still in college. Born and raised in California, he headed East to earn degrees from Harvard and the New England Conservatory of Music. Since then, Tana has worked with Sonny Rollins, Sonny Stitt, Zoot Sims, Milt Jackson, Jim Hall, Art Farmer, and other notables and has appeared on over 150 recordings. With bassist Rufus Reid he formed the band TanaReid and also the Asian American Jazz Trio. He has four recordings as a leader on Sons of Sound recordings: Secret Agent Men, Moon Over the World, Kiss Kiss Bang Bang, and most recently Otonowa, which features jazz interpretations of Japanese folk and pop melodies that date back decades and even centuries.

About our Emerging Artists

Michael Wang, who will be a senior this fall at Los Altos High School, has been playing music his whole life and is an accomplished violist who has performed with various all-youth orchestras on the Peninsula. Three years ago, though, he began studying the drums with Akira Tana, which has led to performances with the Stanford Jazz Workshop’s high school big band and the Stanford University Jazz Orchestra. Wang intends to pursue his jazz education further.

Harry Gold is a blues and jazz guitarist, pianist, and singer who has performed all over the United States as well as in several countries in Europe. For the last six years Harry has developed and directed the music program at Holden High School. Besides performing, he has been a working as a luthier, repairing and building guitars for the better part of the last ten years. Harry holds a Bachelor of Music from the California Jazz Conservatory and gives private lessons on guitar and piano to students of all experience levels. 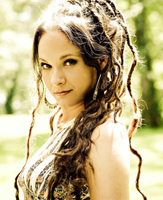 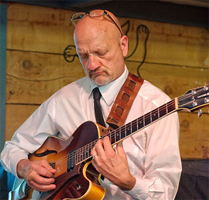 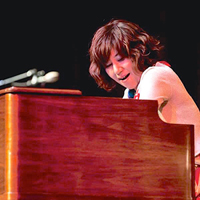