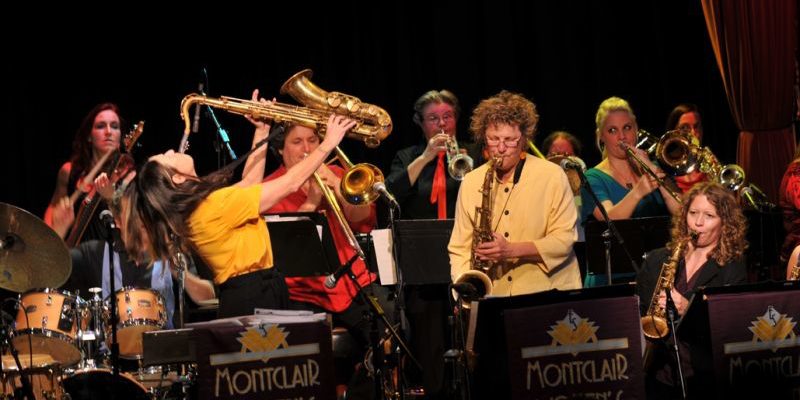 Saturday, May 27, 8pm at Community Music Center | Get tickets |

Jazz in the Neighborhood presents the Montclair Women’s Big Band, a Bay Area treasure, as they celebrate their 20th anniversary. Founded in 1997 by veteran trumpeter Ellen Seeling and saxophonist Jean Fineberg, the group is an alliance of some of the region’s most formidable jazz women, who range in age from their twenties to their seventies. Forging a singular blues-drenched sound with a deep Latin pocket and captivating original material, audiences are electrified by the band’s powerhouse ensemble, addictive grooves, and inspired solos.

Ellen Seeling is a pioneering trumpeter who was the first woman to graduate from Indiana University’s prestigious Jazz Studies Program in 1975. By the late 1970s she was well established on the New York scene as an eminently versatile player who moved seamlessly among gigs with top jazz, salsa, R&B, rock and disco acts. After relocating to the Bay Area in 1989 and founding the Montclair Women’s Big Band with Jean Fineberg, Seeling created the Jazzschool Girls Jazz and Blues Camp, and the Jazzschool Women’s Jazz and Blues Camp. These are still the only camps of their kind: specifically for girls and women with an all-woman faculty. She also founded the first nonprofit advocacy group in jazz for women and girls, JazzWomen and Girls Advocates. In 2016 the group successfully collaborated with the Jazz at Lincoln Center Orchestra to assist in their adoption of blind auditions as a hiring procedure. This is the first time any jazz organization will use blind auditions.

As for the other Montclair Women’s Big Band players, every musician is a professional performer. Many are leaders of their own groups as well as being recording artists and in-demand players. They are also middle and high school jazz band directors, private-lesson teachers, on university or college faculties, have their own music-related businesses, or work as composers or sound engineers.

For this event they’ll be performing an eclectic set list of big band classics, Latin styles, new arrangements, and original compositions by women composers, some of whom are in the band. Their forthcoming CD, Women’s Work, is an album of ten originals by different women composer/arrangers. Other CDs will be available for sale at this event along with band T-shirts, and a new book which includes a chapter on Ellen Seeling, Freedom of Expression: Interviews with Women in Jazz, by Chris Becker.

The band has developed near telepathic communication between players, allowing for unpredictable excursions and vivid storytelling by their vocalist. Each tune drawing its own color as the sax (soprano/alto/tenor), bass (acoustic/fretless & fretted electric), and keyboard (piano/electric piano) are heard in a myriad of different combinations. Rarely do audiences experience the bass, drums, and voice as equally featured soloists. And still rarer to hear a vocalist improvise lyrics on-the-spot, doubling blistering saxophone lines, and singing floating bi-tonal melodies. The band’s few original songs appear fully disguised as impostors from another era.

Says Smolens, “The idea behind this group is to see how far I can take well-known jazz, pop, and traditional folk songs from their original source while keeping them vibrant and emotionally relevant to listeners. It’s my only group that doesn’t feature my writing exclusively, but each song becomes in a sense a ‘song within a song’. By the time they’ve heard “Girl With The Whole Step” (a complete re-telling of ‘Girl From Ipanema’ clothed as a study in whole-steps) or Mick Jagger’s “Satisfaction” (skating along in three different grooves), they’ve taken quite a ride. When people hear what we do to songs that they are very familiar with, they are universally excited and really trust us.”

Based in the San Francisco Bay Area since the mid-1980s, the classically trained Horvath has thrived in the region’s highly diverse environment where various music scenes often overlap. He’s played post-bop with Bobby Hutcherson and Joe Henderson, Latin jazz with Arturo Sandoval and Ray Obiedo as well as funk, R&B, and funk fusion in numerous bands. His latest album, Absolute Reality, is a highly personal and supremely engaging album by an artist eager to celebrate the musical riches he’s experienced in the Bay Area. 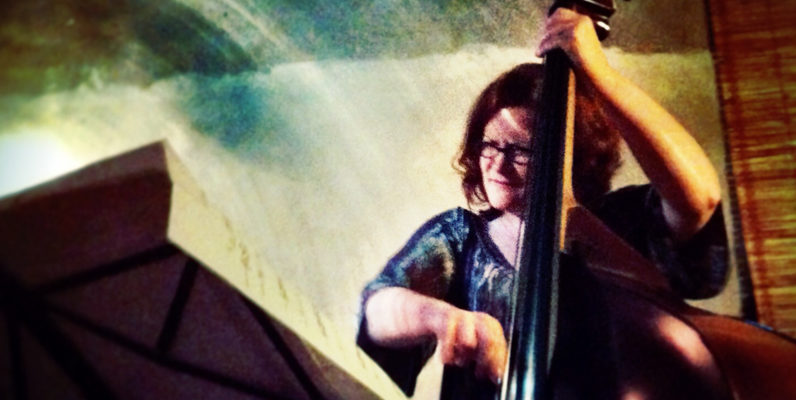