Thursday, March 29, 7:30pm at Piedmont Center for the Arts

Real Vocal String Quartet has been performing and recording for the last decade as a singing string quartet/string band. This year the group unveils a new line up and format with two five-string violins, cello and string bass, who are founder Irene Sazer, Sumaia Jackson, Helen Newby and Sam Shuhan respectively. The group writes and sings original compositions inspired by a multitude of genres, mixing fiddle tunes, jazz tunes, classical lyricism, pop rhythms and world styles. The evening will feature a sneak preview of pieces created under the auspices of their Gerbode Special Award in the Arts grant, including eight new pieces that are collaborations with artists from eight of San Francisco’s sister cities. 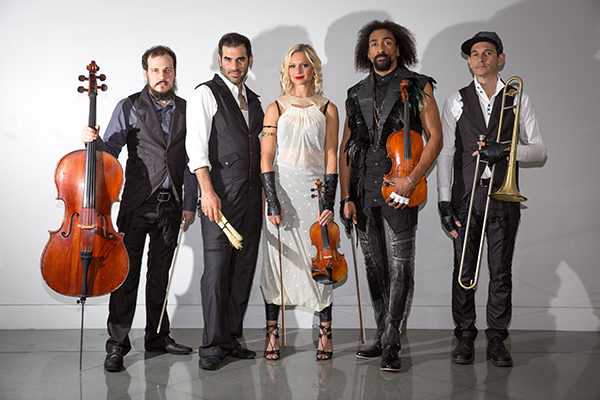 Violinist Tessa Schwartz will be appearing as Jazz in the Neighborhood’s Emerging Artist. Although still in middle school, Miss Schwartz is already a recognized bluegrass fiddler with three CD credits, and she fronts an all-girl, all-teen bluegrass band called North Country Blue.  She has performed in Jazz School workshops, including Joe Bagale’s High School Funk Ensemble, for several years, and hopes to be part of the Berkeley High School jazz scene starting this Fall.

This event is a CD release for Hitwoman Honey, Evoniuk’s debut album as a solo artist, composer and band leader, which follows on the heels of her successful career as an in-demand string arranger and side woman.

Ian Carey’s Takoyaki 4 is a streamlined, street-food-style version of his successful Quintet+1.  The group will be performing a mix of original compositions by members of the group, including music from Carey’s 4-1/2 star Downbeat-rated album  Roads & Codes, plus selected jazz rarities. 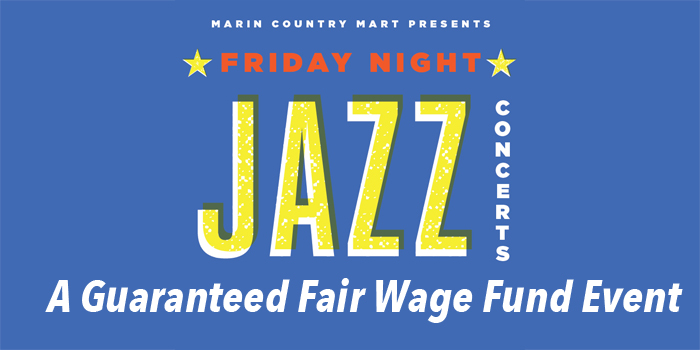 The Susan Sutton Trio is a marvel of melodic invention and subtle interplay in the classic piano trio format, with the added feature of Ms. Sutton’s swinging vocals. Performing the standard jazz repertoire along with original compositions by Sutton and  those of the  famed pianist and composer Bryce Rohdes, the trio provides great textural and dynamic variety and is always highly listenable.

This is a Guaranteed Fair Wage Fund event where each musician will be paid $150 in advance, regardless of ticket sales. Jazz in then Neighborhood makes this possible by subsidizing 40% of their pay. Marin Country Mart guarantees the rest. For tickets and other information, please contact Marin Country Mart.

The director and assistant director of the Roots, Jazz and American Music program at San Francisco Conservatory of Music join forces to head this quartet. In addition to being educators, they are of course fine jazz musicians with Mr. Hainsworth being a composer/arranger as well.

Percussionist Amelie Hinman will sit in as the Emerging Artist. Hinman is a student in the SFCM Roots, Jazz and American Music program and studies under Carlos Caro and Jake Nissly. 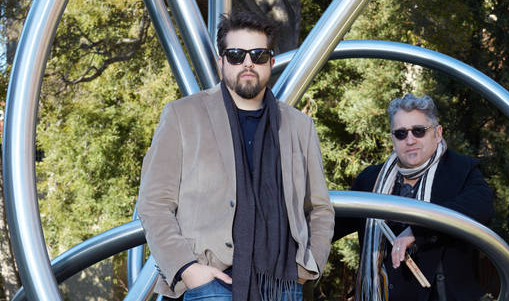 Jeff Denson leads on double and electric basses with vocals, accompanied by Lyle Link on tenor and soprano saxes, Dahveed Behrhoozi on piano, and Alan Hall, drumset. Sitting in will be pianist Michael Echaniz as Jazz in the Neighborhood’s Emerging Artist.

Denson’s music pushes through the boundaries of conventions in music by inventively mixing the world of composed and improvised music for this unique combination of instruments. Yet it remains steeped in the jazz tradition where the propulsive rhythms are the heartbeat of the music and the musicians are master improvisers of harmonic structures, song forms, and melodic invention. Denson’s intoxicating melodies and rhythms transport the listener away to unknown lands where vivid hues of tone paint the aural canvas of the inner ear.

The trio will perform original compositions as well as arrangements of known and beloved standards. Joining them for a few numbers will be Emerging Artist Shana Dinha. 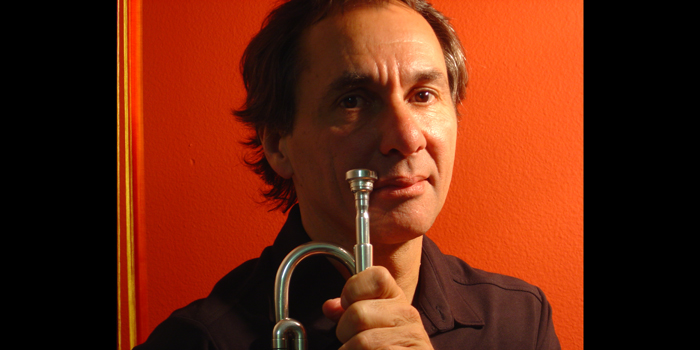 Peter Anastos & Iter perform a dynamic mix of straight-ahead and ethnic-infused jazz. Original compositions by Anastos feature the influence of Greek folk dance drawn from his cultural roots, while the overall repertoire provides a wide variety for the listener, so there’s something for everyone. Anastos has been playing with various musical ensembles in the Bay Area since the late 70s. The band has been together since 2005 and features Peter Anastos on trumpet and flugelhorn; Mike Young, saxes; George Mylordos, bouzouki; Frank Martin, keyboards; Jodi Durst, bass; and Andy Dillard, drums. Samples of their music available at www.itermusic.com.

Hailed for its spirited performances and fascinating fusion of Latin and folk rhythms with adventurous jazz explorations, VNote Ensemble gives voice to the hidden treasure of Venezuelan music. The group is committed to raising that voice and exploring the connection between North American jazz and traditional Venezuelan songs. Exquisite arrangements, unique compositions, colors and rhythms blend together to deliver a unique musical profile.The VNote Ensemble defiantly ignores musical boundaries to create a new direction that journeys the infectious rhythms of joropo and swing, gaita and soul, and bebop and calypso among many others. The players are Donna Viscuso, flute; Jackeline Rago, Venezuelan cuatro & bandola; Michaelle Goerlitz, percussion; and Dan Feiszli, bass.

Thursday, March 1, 7:30pm at Piedmont Center for the Arts

Kenny Washington and Suzanna Smith join forces for a rare duo appearance. Expect an evening of spontaneity, loving duets and individual material from these two vocal powerhouses. JazzTimes called Suzanna “a sage swinger—never too much, never too little—as well as a first-rate songwriter.” And Wynton Marsalis said of Kenny, “I love this man! He’s a consummate professional with impeccable intonation; a real improviser who brings depth to everything he does. If you love music, you’ve got to love Kenny!” Joining the vocalists for this evening are three of the Bay Area’s finest players: Larry Dunlap on piano, Ron Belcher on bass, and Leon Joyce, Jr. on drums.