Founded by Lee Waterman and Tommy Kesecker in 1997, Jazz Caliente performs Afro-Cuban and Brazilian jazz featuring original compositions by Waterman as well as arrangements of jazz and Latin masters such as Miles Davis, Duke Ellington, Wes Montgomery, Tito Puente, and Sergio Mendes. Joining Waterman on guitar and Kesecker on vibes will be James Mahone on sax along with bassist Bill Lanphier, percussionist Javier Navarrette , and drummer Bill Belasco.

Trademarks of the Jazz Caliente style are tight arrangements and infectious grooves. Basing its chordal foundation on vibes and guitar produces a brighter tonality and allows more space inside the music than with a traditional piano-based format. Their latest CD release is Olhos Verdes.

Thursday, September 27, 7:30 pm at Piedmont Center for the Arts

Vocalist Tiffany Austin’s tradition-rooted yet totally modern style has established her as one of the fastest rising jazz stars in Northern California. Before earning a law degree at U.C. Berkeley, she’d performed on three continents—around her native Los Angeles while attending college, then for a year in England, and eventually for five and a half years in Tokyo. However, instead of taking the bar exam, she decided instead to devote her life to her first love—music.

For this event Austin will be accompanied by Jacques Lesure on guitar, David Ewell, bass, and Leon Joyce, Jr. at the drums. 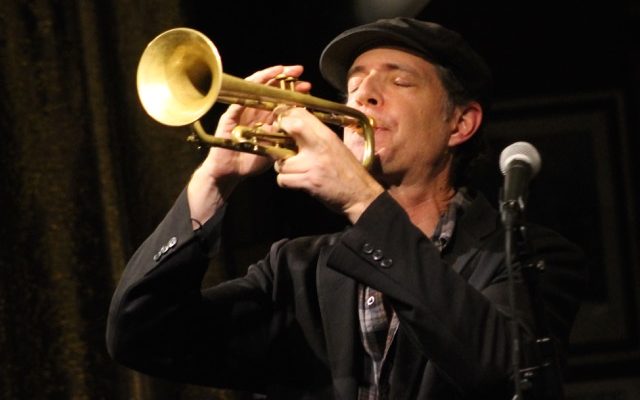 A jazzy re-imagining of great chamber and symphonic music themes

What if Béla Bartók wrote “Bye Bye Blackbird”? What if Charlie Parker wrote a prelude in E, or Sun Ra, a symphony in C? We may never know, but four Bay Area voices come together to groove, swing, and do their thing over themes by Bach, Bartok, Satie, Tchaikovsky, and others, followed by a set of their own compositions. Chamber jazz from the heart, this evening marks the third performance of this exciting new quartet.

This ensemble’s name was bestowed upon them by Darren’s cats on the day of their first rehearsal at his house.   A drummer-less group, they’re actually not all that noisy.

On the 3rd Thursday of the month, Spark Arts Gallery will present Norm Rosenblatt‘s Jazz Voices of Poetry. This month features Clairdee and Noa Levy accompanied by the Ken French Quartet. Half of each concert will be music written by guys with names like  Jerome, Irving, George, Ira, Larry, Richard, Duke, and Cole. The other half will have lyrics by prize-winning poets.

This is a Guaranteed Fair Wage Fund event where each musician will be paid $150 in advance. Jazz in the Neighborhood makes this possible by subsidizing 40% of their pay. Spark Arts guarantees the rest. For additional information, please contact Spark Arts. 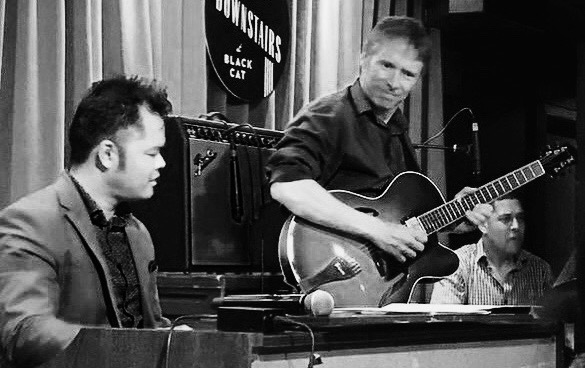 Jill Rogers (Imperial Jazz Co., Crying Time) celebrates the release of her debut solo album, Happy as a King. Backed by a stellar quintet, she’ll wind her way through well-known and more obscure standards dating primarily from the 1930’s. Although the material is from another time, Rogers’s approach stays absolutely current, bringing presence and relevance to each song. She’s an integrated member of the band who lets the soloists shine. Her outstanding line-up includes guitarist John Finkbeiner and Greg Sankovich on organ, as well as the members of the venerable Lost Trio– Phillip Greenlief (saxophone), Dan Seamans (bass), and Tom Hassett (drums).

San Francisco Chronicle writer Andrew Gilbert calls the Lost Trio “a loose-limbed band marked by an off-the-cuff poetic sensibility, full of earthy humor and soaring lyricism.” Formed by Phillip Greenlief, Dan Seamans & Tom Hassett, the band stepped into existence twenty-five years ago with a repertoire of standards by Monk, Porter, Ellington, Mingus that has grown to include over 600 songs from composers as diverse as Hank Williams, Nino Rota, Steve Lacy, Carla Bley, Billy Strayhorn, Mel Tillis, The Grateful Dead, and PJ Harvey. For this performance, they’ll be focusing on original compositions by Phillip Greenlief and Dan Seamans, with a few surprises.

Vocalist Sandy Cressman has made a name for herself interpreting post-bossa Brazilian songs. The friendships forged with Brazilian musicians inspire her recent album “Entre Amigos”, which features collaborations with composer/bandleader Spok, guitarist Ian Faquini, pianist/composers Jovino Santos, Neto and Antonio Adolfo. This show will feature Rio-born pianist Vitor Gonçalves, husband and trombonist Jeff Cressman, who is featured on “Entre Amigos” and toured for many years in Carlos Santana’s band; and daughter Natalie Cressman, a bandleader in her own right, on trombone and voice.  Completing the rhythm section will be David Belove on bass and Dillon Vado on drums.

Vocalist Rhonda Benin breezes in with her unique combination of jazz, blues, and soul with a show featuring the tunes of Stevie Wonder and Bill Withers, along with Rhonda’s original tunes. “Rhonda Benin is a tremendously assured singer who inhabits the celebratory zone where jazz, soul and blues fraternize freely.” Joining Rhonda will be Tammy Hall (piano), Ron Belcher (bass), Rob Rhodes (drums), and Geechi Taylor (trumpet).

This is a Guaranteed Fair Wage Fund event where each musician will be paid $150 in advance, regardless of ticket sales. Jazz in then Neighborhood makes this possible by subsidizing 40% of their pay. Cafe Pink House guarantees the rest. For tickets and other information, please contact Cafe Pink House.