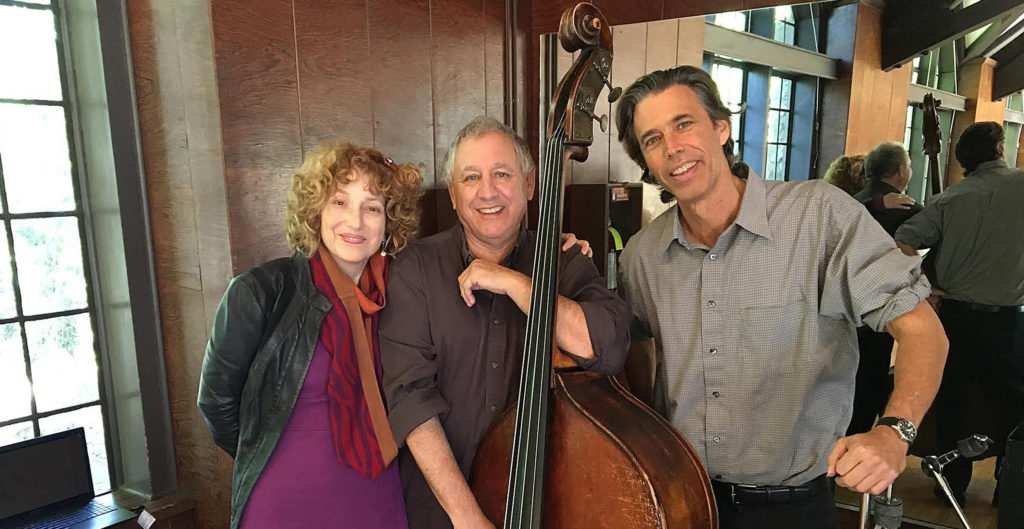 The sophistication and warm power of Debbie Poryes’s music is hard to overstate. Her highly original compositions are influenced by jazz from bebop to post-bop to modern times, as well as by 20th-century classical music and free jazz. Her voicings, melodies and touch are exquisite. Her sense of time and swing are deeply felt, and yet she can also be light hearted. Poryes has recorded three CDs as the leader of a piano duet, trio, and quartet ensemble, which can be heard on Pandora, Spotify, and at www.debbieporyes.com.

In this trio setting, she will be joined by Peter Barshay, bass, and David Rokeach, drums. Barshay lived for many years in New York, establishing a strong reputation on the jazz scene, playing with greats like Kenny Barron, Shirley Horn, and Freddie Hubbard. Rokeach, an in-demand drummer in the Bay Area, has played with Ray Charles, Aretha Franklin, and covered the Jersey Boys chair. They are both wonderful guys with big ears and a surplus of creative energies.

The emerging artist for this event will be Tyler Harlow.