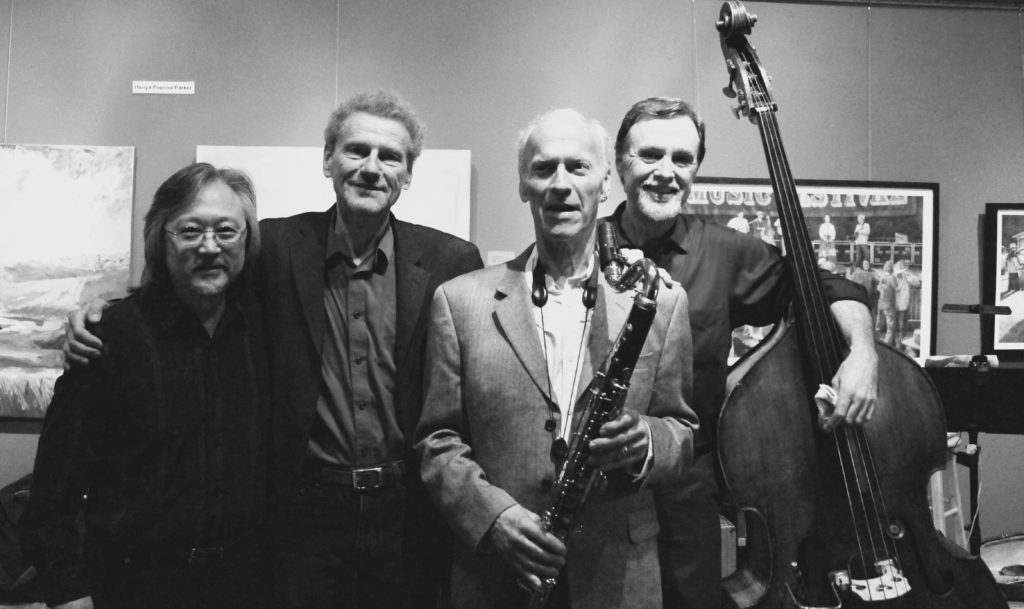 A rare opportunity to get to hear the Grammy Award winning sax player Paul McCandless in this collaboration with Christian Foley-Beining. Both McCandless and Foley-Beining are the composers for this ensemble, and you will hear a variety of eclectic music: jazz, Brazilian, fusion, and ballads.

Multi-instrumentalist and composer Paul McCandless specializes on the oboe, is also a master of the saxophone and bass clarinet.  Well-grounded in both classical and jazz disciplines, his work as a guest with Béla Fleck and the Flecktones earned him a Grammy.  During a distinguished three-decade career, McCandless has been integral to the ensemble sound of two seminal world music bands, the original Paul Winter Consort and the relentlessly innovative quartet OREGON.

A German native, Christian Foley-Beining is a powerful and innovative guitarist and composer who studied at the Swiss Jazz School, Berklee School of Music, Musicians Institute, GIT and also bass at BIT.   He has been on the faculty of Musicians Institute in Hollywood and studied guitar with greats such as Joe Pass, Pat Metheny, Ted Greene, Larry Carlton and others.

Rounding out the quartet will be Tom Shader on bass and percussionist Tom Hayashi.  Now based in Sonoma County, Tom Shader has been playing full time professionally since 1970 and lists as his jazz mentors such luminaries as Bob Lucas, Vince Delgado and Mimi Spenser.  Tom Hayashi began playing drums when he was eight years old and has worked extensively in orchestral settings, jazz clubs and rock bands.