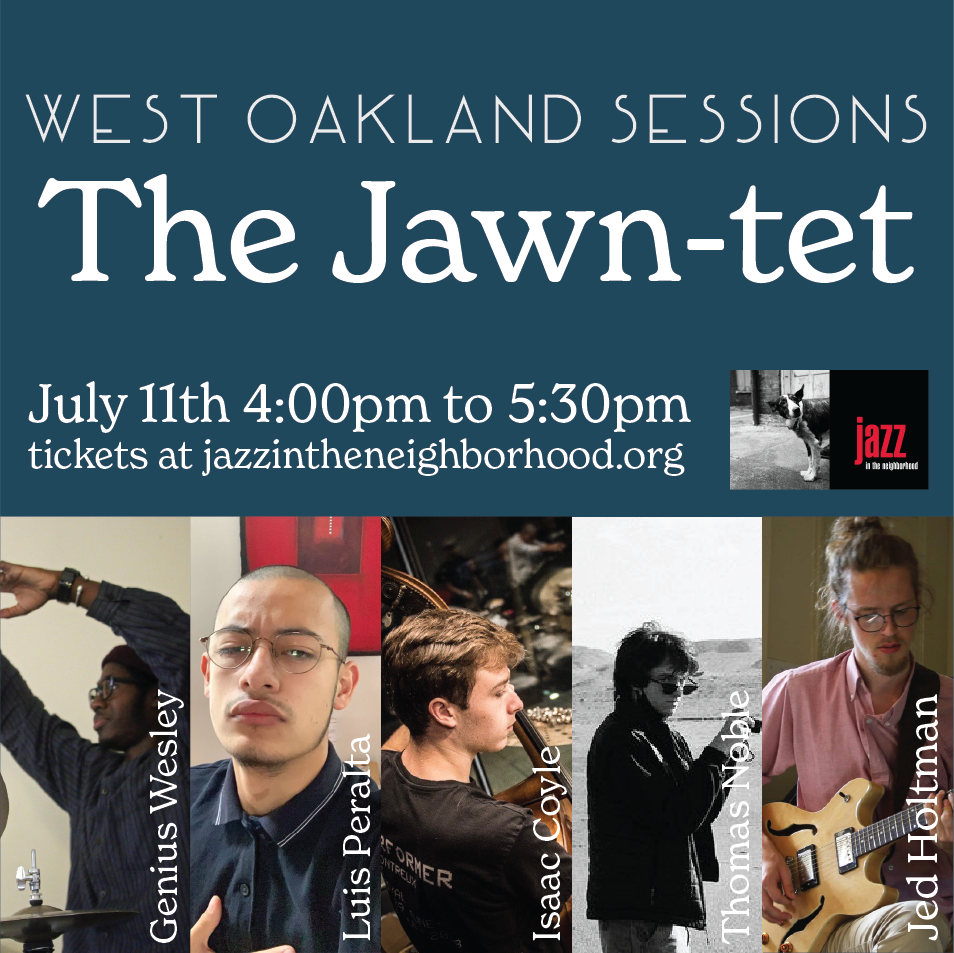 Join us Sunday, July 11th for a live recording of the debut concert of the Jawn-tet. This live concert at the Dresher Ensemble Studio is part of a series of West Oakland Sessions featuring young jazz musicians based in the Bay Area, on select Sundays through September. All featured musicians will receive high quality audio and video recordings of the concert, and will be paid a guaranteed fair wage in line with Jazz in the Neighborhood’s standard.

Emerging as a response to the isolation of the past year, the debut of the Jawn-tet is a refreshing and long overdue return to live music for these five young musicians. Virtuosic Bay Area drummer Genius Wesley propels his new quintet through innovative takes on old standards and intrepid originals, contrasting sheets of sound against insistent bebop momentum. After meeting pianist Luis Peralta through a choral orchestra in Berkeley, and Tommy Noble (sax), Isaac Coyle (bass), and Jed Holtman (guitar) at an improvisation class taught by Howard Wiley, the group combined what had already become a loose collective into this new group. Their debut at the West Oakland Sessions will be the first recording of the Jawn-tet.

Get more info and purchase tickets by clicking here.