With this trio, Simon Rowe, a veteran of the St. Louis and Indianapolis jazz scenes, will explore a fresh approach to some lesser known standards, often referencing Afro-Cuban and Brazilian influences.

Wednesday, July 25 at 7:30, Rendon Hall at the California Jazz Conservatory

Jazz in the Neighborhood presents two sets featuring trumpeter Mario Guarneri. tbd_a quartet is named after the groups instrumentation and features Mario Guarneri and Erik Jekabson on trumpets, John Wiitala on bass, and Akira Tana at the drums. The Guarneri Quartet swaps out the second trumpet for the guitar of Randy Vincent.

tbd_a quartet with two trumpets, bass and drums, plays their music in a linear way, creating implied harmonies, and stretching traditional forms. The band’s original compositions are written with this particular instrumentation in mind, and often grow from a small idea that is developed by all of the members of the group. In this band, the line is the most important element, and it determines the direction and expresses the emotion and story of the music. And as for the name tbd? “tbd can be ‘to be determined’, reflective of the improvisational nature of the group, and/or ‘trumpets bass drums,’ reflective of the instrumentation of the group,” explains Guarneri. More information about the group at www.guarnerijazz.com. 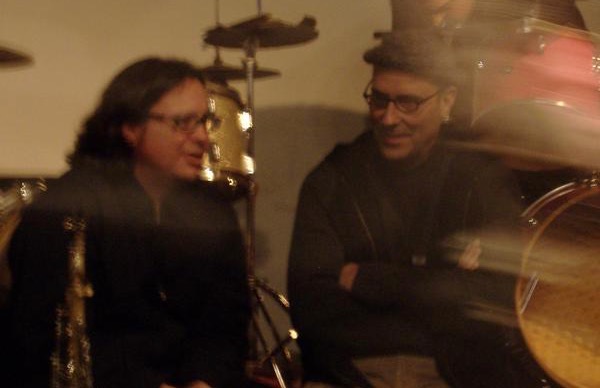 For over 15 years, Greenlief and Raskin have explored playing with pairs of “like instruments” in their 2+2 project, producing nearly 100 concerts in west and east coast venues. The saxophonists now turn their gaze from free improvisation and graphic scores to the music of the great American composer Steve Lacy, pulling from hundreds of his compositions from notebooks dated from the 1950’s to the 1990’s. Many of these works have never been recorded. Greenlief (tenor) and Raskin on (baritone) will be joined by Scott Amendola on drums and electronics and Kjell Nordeson on drums.

Since phillip greenlief’s emergence on the west coast in the late 1970s, Evander Music founder and saxophonist Phillip Greenlief has achieved international critical acclaim for his recordings and performances with musicians and composers in the post-jazz continuum as well as new music innovators and virtuosic improvisers. He has performed and recorded with Fred Frith, Meredith Monk, Nels Cline, and They Might Be Giants; albums include THAT OVERT DESIRE OF OBJECT with Joelle Leandre, and ALL AT ONCE with FPR (Frank Gratkowski, Jon Raskin, Phillip Greenlief).

Andrew Gilbert of the San Francisco Chronicle says, “The Bay Area’s do-it-yourself ethos has produced a bevy of dazzlingly creative musicians, but few have put the philosophy to work as effectively as Phillip Greenlief.”

Jon Raskin is one of the founding members of the innovative and eclectic Rova saxophone quartet. His early career includes his ’70s participation in new music ensembles directed by John Adams  and Dr. Barney Childs. Highlights as a member of Rova include composing a collaborative work for SF Taiko Dojo/Rova, working with Howard Martin on the installation work “Occupancy”, composing music for Mr. Bungle/Rova, organizing the 30 year Anniversary Concert of John Coltrane’s Ascension, performing the music of Miles Davis at the Fillmore with Yo Miles!, the Glass Head Project with Inkboat and the ongoing Electric Ascension Project. Besides over 30 recordings with Rova, Raskin’s recording experience include Anthony Braxton, Eight (+3) Tristano Compositions 1989 For Warne Marsh (1989) and The Bass & the Bird Pond with Tim Berne (1996), Wavelength Infinity- A Sun Ra Tribute, Between Spaces with Phillip Gelb, Dana Reason & Pauline Oliveros, Terry Riley’s In C 25th Anniversary, and solo work on the Art Ship Series.

For Scott Amendola the drum kit isn’t so much an instrument as a musical portal. Over a career spanning more than three decades, Amendola has forged deep ties across the country, and throughout the world. As an ambitious composer, savvy bandleader, electronics explorer, first-call accompanist, and capaciously creative foil for some of the world’s most inventive musicians, Amendola applies his wide-ranging rhythmic virtuosity to a vast array of settings. His closest musical associates include guitarists, Nels Cline, Jeff Parker, Charlie Hunter, Hammond B-3 organist Wil Blades, violinists Regina Carter and Jenny Scheinman, clarinetist Ben Goldberg, players who have each forged a singular path within and beyond the realm of jazz. As a sideman, Amendola has performed and recorded with a vast, stylistically varied roster of artists, including Bill Frisell, John Zorn, Mike Patton, Mondo Cane, John Scofield, Cibo Matto, and many others.

“Amendola’s music is consistently engaging, both emotionally and intellectually, the product of a fertile and inventive musical imagination.” Los Angeles Times

His early days were spent as a leader in Sweden’s experimental music scene in the 1990’s, and founding and composing for  Co. Alba with choreographer Nathalie Ruiz. In 2004, Nordeson relocated to California, and has since then been active in the SF Bay Area improvised music scene.  In 2008, he collaborated with multimedia artist Katharine Gin to create This Place Called Poetry, a three-month exhibition at San Francisco Art Commission Gallery.  Since 2011 Nordeson is pursuing a PhD in Music at University of California, San Diego. His research focuses on improvisation in relation to identity and performativity, and to the notion of fluency. 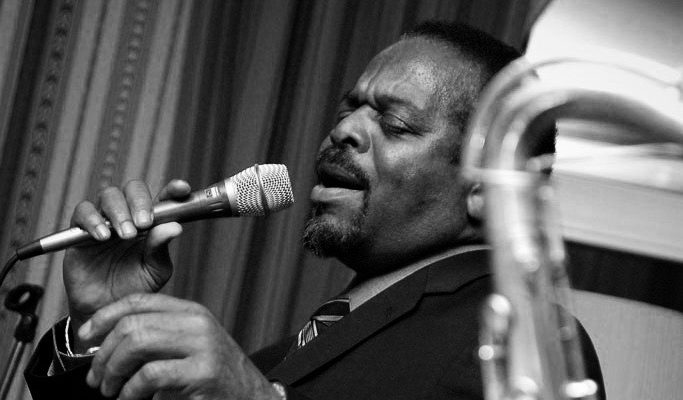 Norbert has toured, recorded, and performed with Tower of Power, Flora Purim & Airto, Freddie Hubbard, Roy Hargrove, Prince, Boz Scaggs, Roger Waters, and countless others. He co-leads the band with his wife, flautist Karen, who has released three albums of her own. Along with the seasoned musicians in the band, LehCats redefines the terms teamwork, artistry, and chemistry. Their versatility is evident, and their ability to deliver and uplift both the music and the listener is profound.

This performance will celebrate the release of LehCats’ new CD, Movement to Egalitaria. To hear cuts from the album, visit their website at LehCats.com.